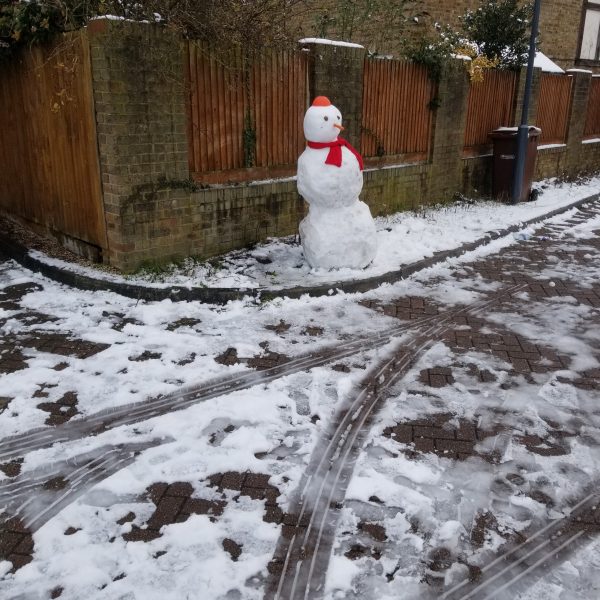 It could be that lockdownitis is getting the better of me, I realise …

The fact is that I went for a stroll on Sunday and a snowman caught my attention. One thought led to another, and I began comparing the snowman to a wedding.

Well, I warned you!

But let me justify myself a bit. There are commonalities …

Like a wedding, a snowman is often the product of a combined, collaborative effort. They can be big, small or medium. You can decorate them lavishly, or keep it simple. They often require a lot of work to create. Co-operation is usually of the essence, but an individual can do much of the preparation. They are ephemeral. They can afford a lot of pleasure and can be something that lives on in the memory for years.

You might extend the comparison by going into clothes and so on, but I guess there’s no need to labour the point.

Hopefully, you, my reader, may know somebody planning a wedding. Perhaps you can help them in some way. (Telling them about what I offer – namely, a personalised ceremony – would be a great start!)

They may still be able to have a big wedding (in time), but a micro-wedding can be fabulous. They could even get legally married and then hold a wedding blessing, or the like, some time later. Possibly, on their anniversary.

So, no, I’m not thinking of including a snowman in a wedding ceremony! But next time somebody comes up to you and compares a wedding to a snowman, you’ll be ahead of the game, thanks to me! 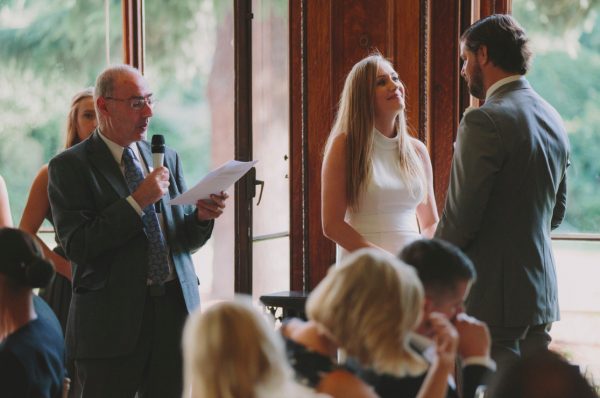 What are you getting for your money?

Unless you’ve worked with a civil celebrant before, you don’t really know what you’re getting when you engage one. There are plenty of them out there. Of course, they all have their individual personalities and quirks. That means that one celebrant is not going to be the same as another.

One may shine at razzamatazz, while another will be great at atmosphere building. One may prefer formality and gravity; a different one may throw in humour.

What are your requirements? What do you need to look for? How can you be sure of value for money?

As with choosing any supplier, you need to do some research.

You may be able to rely on first-hand testimonials. You may be attracted by someone’s website. You will have a budget that you do not want to exceed.

So how do you actually choose?

One of the pieces of ‘homework’ you should always do is to speak to the potential supplier. Ask the questions you need answering and get a feel for the supplier. Compare (like-for-like, if possible) with a similar provider.

As a celebrant, I know I am not the most expensive out there, but I am dearer than a number of my competitors. I know I “start at the extra mile”, so I justify this easily enough.

There will be some celebrants who don’t offer the same level of service, but who may well charge less. This will attract some clients, and that’s their decision!

Of course, paying ‘loadsa money’ does not necessarily guarantee quality, but there is a fair chance that someone at the higher end of the scale will supply wonderful service.

It may be useful to study a few reviews before you decide. What do clients recognise that they have gained from working with a celebrant? Is that what you’re looking for?

As a minimum, the celebrant should provide the opportunity to create a personalised ceremony that is beautifully delivered on the day. They should work hand-in-hand with you in order to achieve this.

At the end of the day, you have to settle on what price you are willing to pay, but don’t just jump for the cheapest! Find out how the supplier works and what they offer before deciding.

Michael would love to have a non-obligation call with you, to show you how he can help you achieve your dream ceremony. 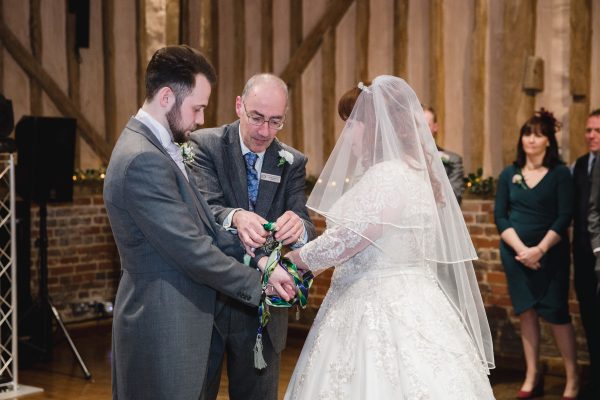 Weddings with a Difference

If you’re looking for a personalised wedding ceremony, you might like to include a ritual. It can make such a difference.

“Ritual” may possibly sound a bit too religious for some, but it could be something as simple as both drinking from a Loving Cup, or presenting parents with a red rose.

You may never have considered a handfasting ceremony. Actually, you may not have heard of one, either!

Assuming that you are basically unfamiliar with a handfasting, here is a bit of information that may clarify things.

Briefly, and simply: the couple take each other’s hands – left in left, and so on. The celebrant ties their wrists together and says suitable, beautiful words. After a while, the hands are untied.

In its simplest form, that is a handfasting.

Incidentally, this ritual is the origin of the expression “tying the knot” and indeed “bonds of holy matrimony”.

The ceremony probably originated in Celtic times; however, it flourished in Europe until the mid 1700s. Up till then, few unions were sanctified in a religious building like a church. Rather, they were celebrated by a simple handfasting ceremony in which the two partners joined hands over the village anvil, in the fields or in the groves of trees. Today, we build upon this tradition.

The couple link and cross hands (normally right hand to right, and left to left) to form an infinity circle. Then, with a cord or ribbon (or ribbons), the wrists are symbolically tied and knotted, in a lovers’ knot.

The cords are then removed with the knots still in place. The couple will take the cord away with them and, ideally, it will be a permanent reminder of their vows.

A civil celebrant, such as myself, can conduct a handfasting wedding or vow renewal in the Inner Circle at Stonehenge (normally around dawn or dusk), but this needs to be booked months in advance. However, places like Avebury, Old Sarum or the Rollright Stones might be more practical.

A handfasting can comprise an entire ceremony in itself, but is often one element among many. 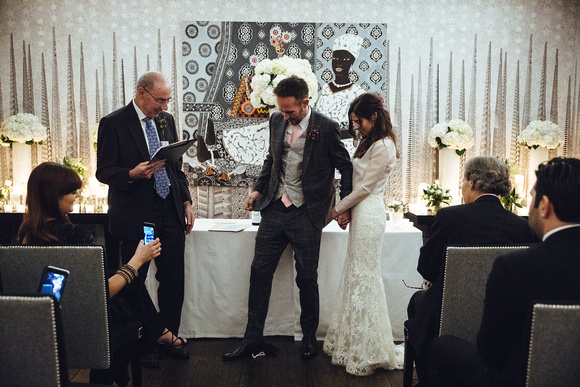 Originally Jewish, this ritual is growing in popularity. There are many explanations for this. For example: it can recall the destruction of the Jerusalem Temple; serve as a symbolic reminder that things do break; and I have even heard that it is meant to be the last destructive thing to happen in the marriage.

Come what may, everybody enjoys shouting “Mazal tov!” when the deed is done!

Your civil celebrant will be able to help you learn more about rituals. Why not take advantage? 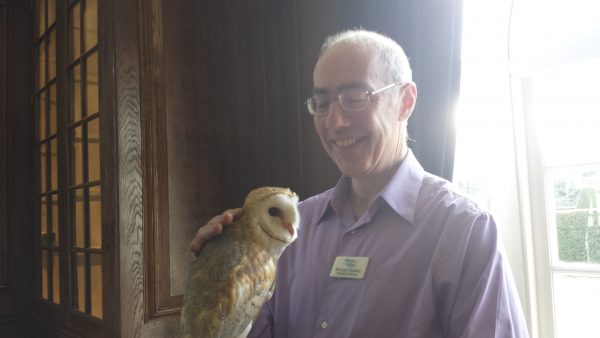