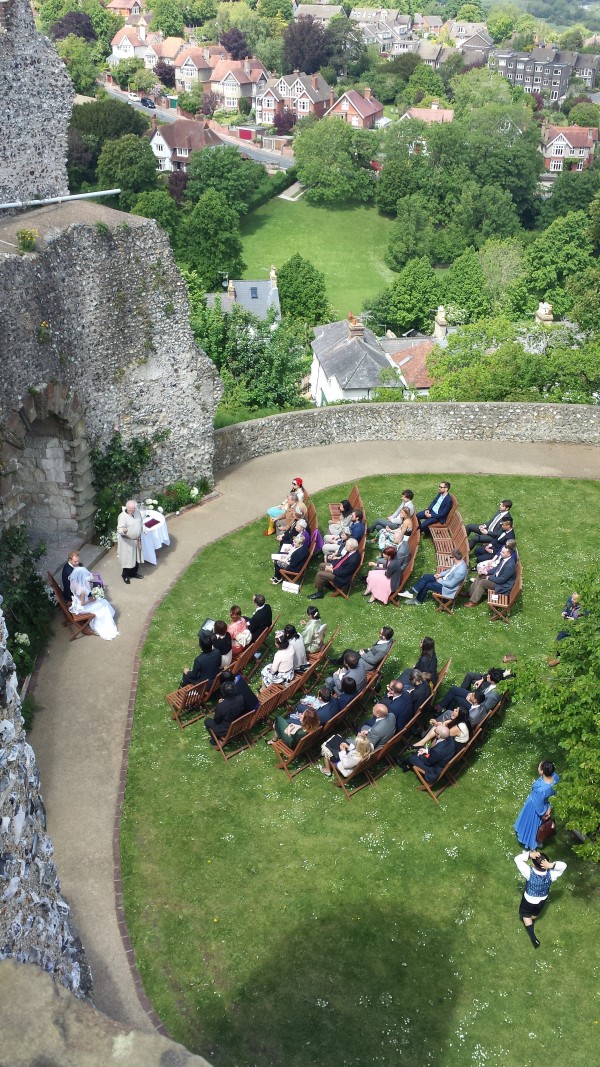 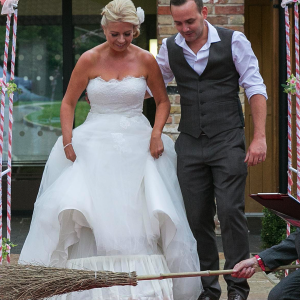 People tend to enjoy creative ceremonies, even if they are sometimes a little suspicious of the unorthodox. Such rituals can help to differentiate the service from any other wedding and they can be meaningful, beautiful, spiritual and special.

I’d like to suggest four such ceremonies. As well as the rituals themselves, success depends on the explanation the civil celebrant offers in each case and also his/her manner and words.

The couple can either combine white and red wine into one glass or goblet (or quaich) and drink from the resultant blush or simply drink the same beverage from the same glass. Of course, it doesn’t have to be wine.

Naturally, this represents the new unity of the couple

Another way of representing the two lives becoming one is a Unity ceremony.

The couple pour sand of different colour together into a container, so the colours merge. If the couple have young children, they could also be involved here, and their participation will symbolise unification of the families.

The Unity Candle works similarly. The couple light a taper each and then, together, the main candle. The mothers – or even children – could take part in this too..

Before the wedding, the couple write love letters to each other, which they will seal in an envelope.

During the wedding, they place their favourite drink or memorabilia along with the letters in a wine box. They seal the box and vow not to open it until the anniversary of their choice.

There is one exception: if their relationship becomes strained, then they can unseal the chest, consume the drink and read the letters. This should remind them why they fell in love and chose to be together in the first place.

Who gave each child their first kiss on earth? Their mother. Now the mothers can be invited up to give their child their last kiss as single people and thereby bless the union.

Your civil celebrant will have ideas for other ceremonies, but these four should give you a flavour of how your service can stand out. When people look back on your wedding, they will remember an unusual and beautiful ritual more than anything.