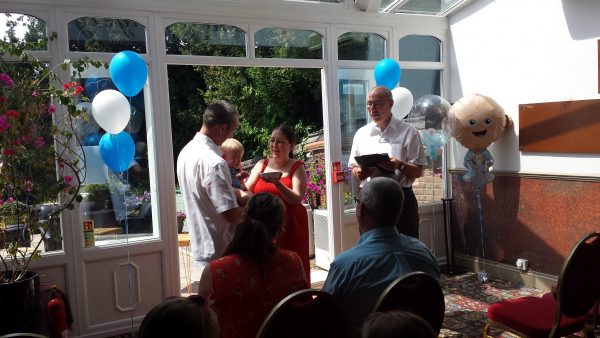 It’s normally a joyous moment when a child is born. The birth has huge significance. Not only for the baby but also for the family. New life has entered the world. Hopefully, the new arrival is healthy. It’s surely worth celebrating.

Officially, you have to register the birth; this may be done at the hospital or at the Register Office within 42 days. That’s the formal bit. It’s just signing a bit of paper. Not very exciting.

So what about celebrating?

What not to do!

In many cases, a major celebration straight after the birth is not appropriate. The mother (and, of course, the baby) might be unwell; sleep might easily be a major issue, and the parents are undergoing full-time lessons on how to look after their child. The last thing anybody needs is the stress of organising a shindig (although a drink with a few close friends or relatives might be desirable).

What to do, if you’re religious

For practising Jews, for example, there may be circumcision for a boy, which normally takes place about 8 days after birth. That can be an excuse for some sort of party.

Devout Christians will arrange a baptism or similar ceremony with their local church. They may follow that with a party.

If you’re not into religion big-time, you may look for another option. Did you know that a civil celebrant can compile and conduct a bespoke naming (or blessing) ceremony? This needn’t be over-long. It can include some religious readings – or else, purely spiritual – and can involve parents and also people of your choosing. The readings can be chosen by you, if you want. There might be something ceremonial too, like rose petal strewing, which can make the event stand out even more.

There are ways (such as using a Unity Candle) that the family at large can be involved, so no one needs to feel left out.

You can hold the ceremony in your house, in the garden, in a hotel, or wherever you choose. You can also hold it whenever you want – there is no prescriptive time-frame.

There really is a lot of choice, and that’s the point. You don’t have to put up with either full religious or else nothing at all; the celebrant-led ceremony is a really viable alternative. 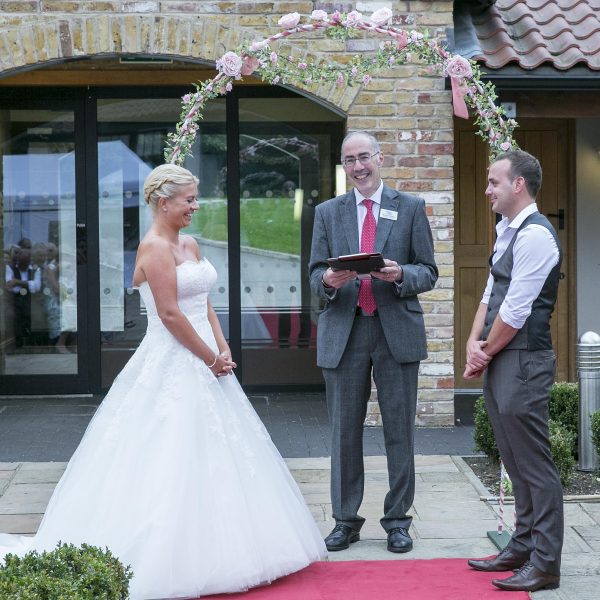 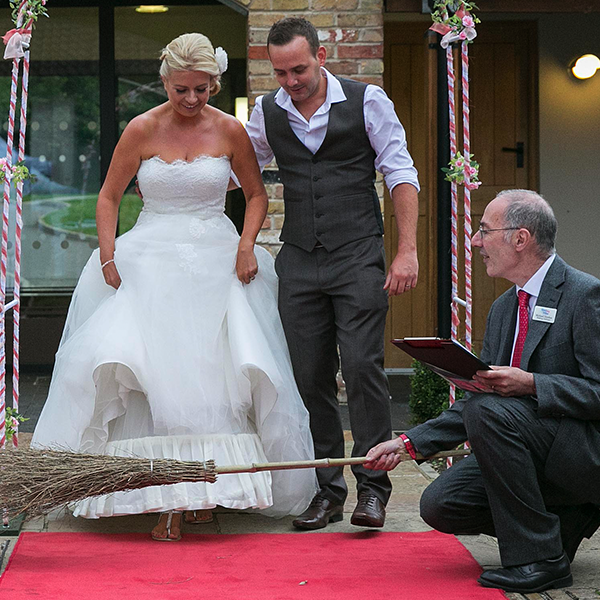 Most people are familiar with the line that we have two ears but only one mouth because we ought to be listening twice as much as we speak.

Well, you might wonder how that applies in my job, as the popular image of a civil celebrant is that person standing up at the front, conducting the ceremony – be it a wedding, funeral, handfasting, blessing, naming or whatever – and jabbering away. In other words, I do the speaking and you (have to) do the listening!

However, there is another part of the proceedings that you probably wouldn’t think about, and that is when the ears/mouth equation comes into its own for me. That is during my planning meeting with the client.

After the initial contact, I almost always visit the next-of-kin, if it’s a funeral, or, if it’s a celebration, arrange a face-to-face or Skype meeting with the couple. As well as being an opportunity to see if we’re both OK to work together, this is a chance for the client to ask questions in an unintimidating atmosphere. For me, it is also an opportunity to ask questions and also to suggest ideas. (Yes, that does involve more talking!)

However, in reality, most of this conversation for me will be spent listening (although there is the occasional case – usually caused by shock after a death – when the client will say next to nothing, and I have to work at gaining their trust). I need to pay close attention, as I often have to pick up clues about what the client wants, as they may not really have much of a conscious idea themselves.

If the client does know exactly what they are looking for, my role is to take note so I can mould it in the best possible, most effective, way. I may question an element or two (“do you realise that …?”), but it’s not my job to change anything (provided everything’s legal, etc.).

I respect their wishes – they can have a mixture of religious elements (or none, if they choose) – and I try to accommodate any preferences they may have for readings, music and participants.

If they don’t know what they want, then I ask questions to get a sense for the sort of thing they may like and provide suggestions for possible rituals to fit the bill. When I finish, I try and put this all together to construct a meaningful and memorable ceremony that meets the needs – and beliefs – of the client. So maybe I do still sometimes talk a bit more than I listen, but I hope I’m getting the balance right.

Another way I’d love to put “two ears, one mouth” into practice is to respond to any requests you may have for subjects for me to deal with in my blogs. To quote my hero, Frasier Crane, “I’m listening!”