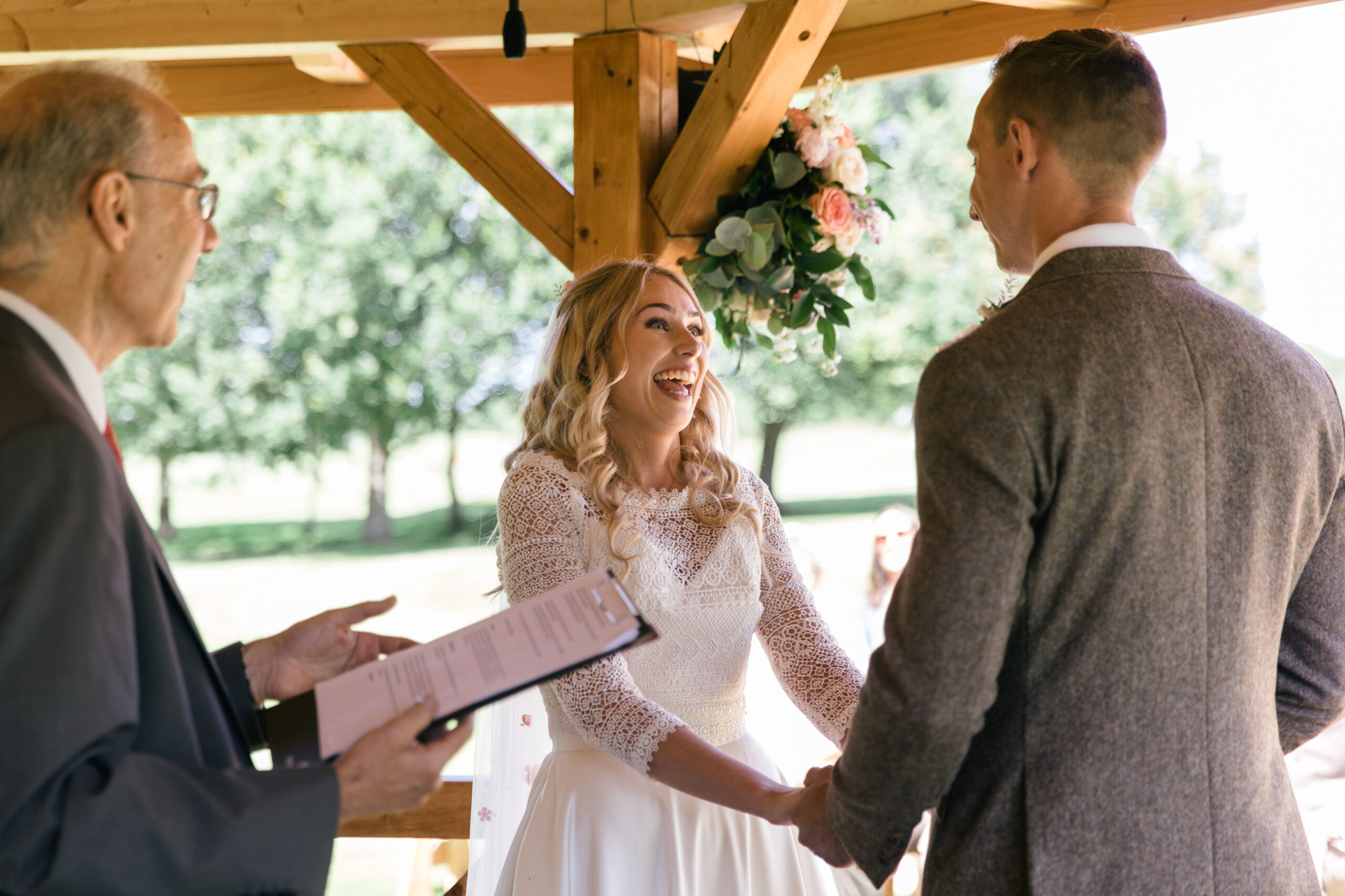 A few weeks ago (when the sun still shone!), I was reminded what it was like to conduct a wedding once more. I realise how much I’ve been missing!

Becky and Chris are lovely people and very much in love. They make a perfect couple, especially as they share quite a sense of humour!

They were a pleasure to work with, knowing their own mind, yet not averse to taking guidance. The vows were most important to them, so they basically took in hand the composition, They kept the wording a secret from their partner until the moment arrived. Then they got them spot-on.

In addition to the elements you might expect (eg ring blessing), Becky’s brother wrote and delivered an apposite and amusing poem about the couple.

It was all over so quickly (or so it seemed)!

The couple sent me an enormous testimonial, which I was so happy about (for obvious reasons!). I’ve edited it considerably, but this is the gist:

“Michael was amazing … We had so many lovely comments from friends and family about the service and lots of them had said it was the best wedding service they had been to; my father-in-law was the most sceptical as he is a traditionalist and had never been to a celebrant-led wedding before but he was wowed over by the detail and thought put into each element of the service… We were able to add a small blessing and read our own vows, which meant the world, as well as add in some humour in places. We wouldn’t change a single thing about the service … and would recommend Michael to anyone getting married that wants a personal touch to their big day.”

That’s what it’s all about!