Who does What at a Wedding? 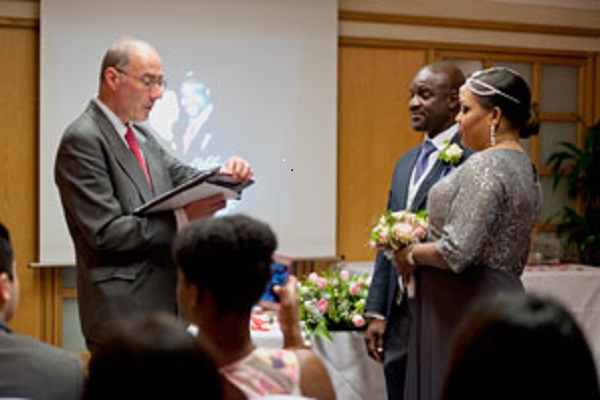 Weddings are not what they were. That doesn’t mean that they are better or worse (whatever that means) than traditional ones. It just means that there is more flexibility, and it is therefore more difficult for me to be categorical.

One couple may have ideas who they want to participate in their event; another couple will have completely different opinions.

Without being prescriptive, therefore, let me make a stab at defining the roles that some people might play.

This is rather more obvious!

The groom will probably have a chance to welcome people as they arrive, so should not neglect this duty – despite probably suffering with “butterflies”. He may well have a few words to utter during the ceremony, but a lot more afterwards, if there is a reception with speeches.

The speech should thank both sets of relations and thank anybody who financed the wedding. However, he should mostly be complimentary about his new wife!

The bride will be the star of the show, of course, and her main task is to be resplendent.

Either during canapes (if offered) or during the meal, both bride and groom should make an attempt to see everybody and thank them personally for attending.

As well as the groom, the bride may (or may not) have a speech to deliver.

Both may well be expected to have at least the first dance together.

The bride’s parents may well be footing the bill for (or at least be contributing to) the proceedings.

It is customary for the bride’s father to welcome the guests briefly at the start of the reception and express what (we hope!) is his delight at the proceedings.

I realise that there are “best women” too these days, but, for the sake of simplicity, I will refer here only to the male variety.

The Best Man may have been involved with the preparations for some time, but, on the day, he will be the person who liaises between the couple and the suppliers. He should help keep the groom calm. He may have to do a favour for the groom (fetch some water, check there’s a microphone functioning, inform the musicians that it’s time for the entry music, or whatever).

The Best Man may also serve as a toastmaster (“please go outside for the photographs now” etc.).

His main public role is probably to deliver his speech at the reception. This can be about 10 minutes long, and, although it will presumably focus on the groom, should not be exclusive. (Half the guests may well not know the groom.)

The speech should be humorous (but not crude or controversial) and, while poking some fun at the groom, should not be cruel.

Flower-girls, bridesmaids, ushers (or groomsmen) and so on may well be included.  The first two are primarily part of the procession (in and, sometimes, out), and, to quite an extent are there to look pretty and enhance the bride’s appearance. They may help with the bride’s train. Ideally, they also need to be able to walk very slowly!

The ushers may be quite active (collecting gifts, for example, or doing errands and tasks on the day). They may direct guests to their places and be on hand to answer questions.

Or they might get away with an ornamental role!

How much or how little the roles matter nowadays is down to how traditional the wedding will be. It’s certainly good to honour friends and/or relatives by including them in your ceremony. Just make sure they know what is expected of them!

You can always have a chat with your celebrant, if you’re not sure how to go about things.