What a busy few days for me (but I’m not complaining!)!

In addition to a handfasting wedding last Saturday and no fewer than two funerals in one day next Friday, I have a Wedding Show (Harrow Arts Centre) to look forward to on Sunday. I’ve commissioned a lovely floral display for my stand, so I’m hoping to be able to show a few pictures in my next blog.

But it’s last weekend that I’d like to talk about, when I conducted a handfasting on Old Sarum.

The setting was spectacular. We were allocated a lovely rectangular grassy spot in the Castle ruins, overlooking, as well as a flooded plain, the ruins of the old cathedral.

Having an outdoor ceremony the last weekend of January on an exposed hilltop with the winter we’ve been having might be said to be tempting providence. I had to drive through heavy rain for a couple of hours the evening before to get to Wiltshire, so I feared the worst. Then my arrival home after the ceremony coincided with thunder, lightning and hailstones! So what about the intervening spell?

Miraculously, it was dry – in fact, the sun came out for quite a time – and unseasonably warm. I did eventually get cold, as I was up there early, to set up the space, and the wedding party arrived half an hour late, but to spend two hours, as I did, up there without ill effects was quite remarkable. I had a close encounter with a hawk (wondering if it was a vulture, preparing to feast on my frozen body!). 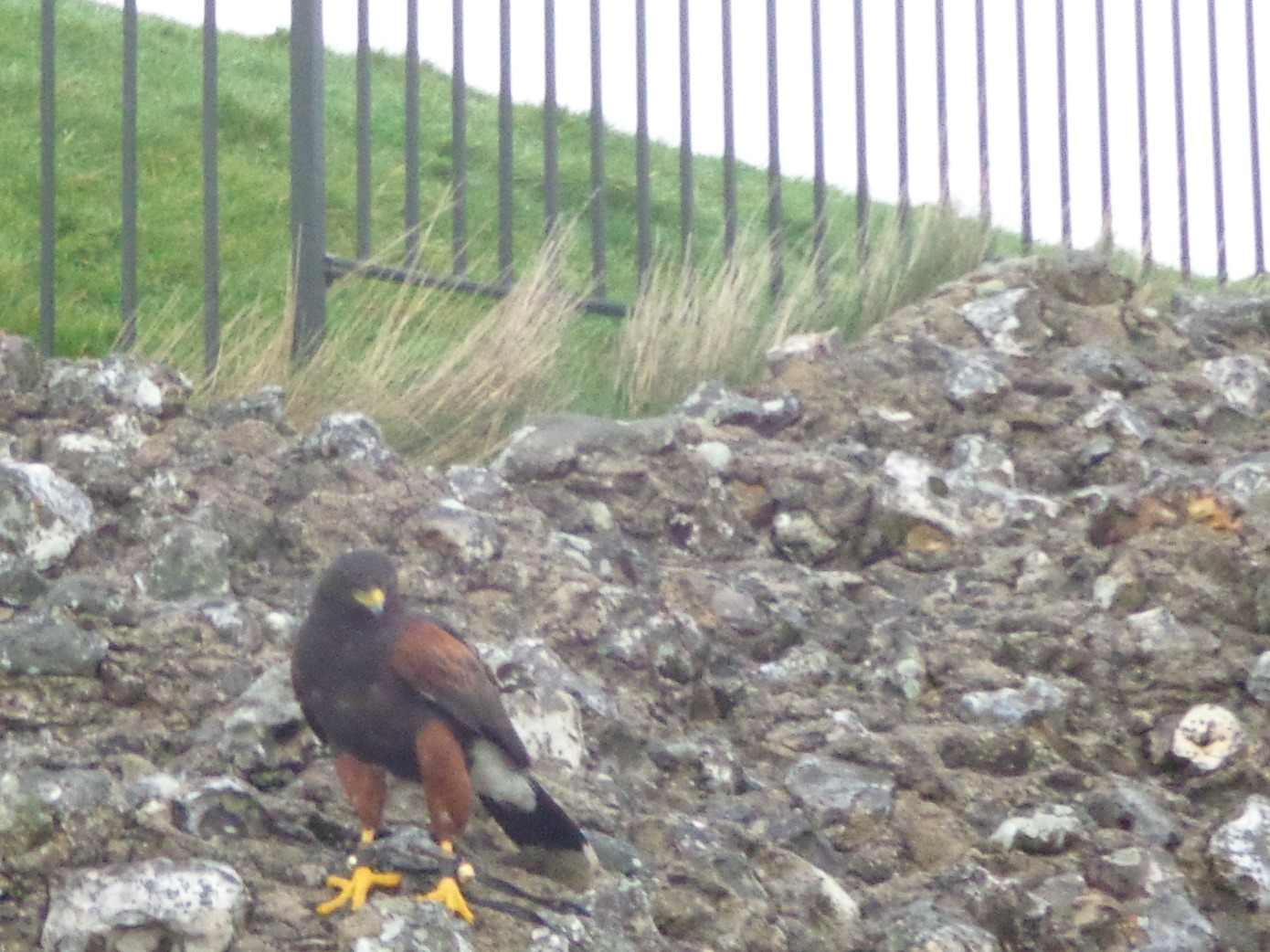 The ceremony was part-pagan, part-Jewish, which is original, if nothing else! The rituals included representatives of the four elements blessing the couple, the handfasting itself, the bride walking round the groom seven times and the breaking of a glass underfoot.

I’m delighted to say that it was much enjoyed by all and I’m looking forward to my next one.

Never a dull moment as a celebrant – just one of the perks of the job.