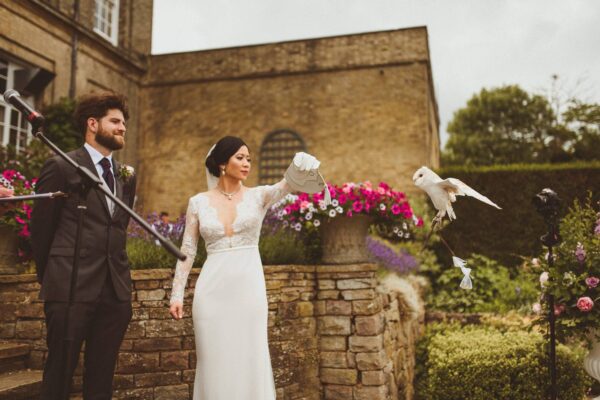 I’m often asked to tell a story or two about my experiences as a civil celebrant. Here are a couple that have stood out for me, among the many.

I suspect there will be no topping the funeral I conducted for a 92-year-old. It turns out that he died in the arms of his mistress on the beach in Tenerife. Now, I know death can be most unwelcome, but that takes some beating!

This was for a 93-year-old, who had lived for decades in a home. The other residents were unable to come out to her funeral, and she had no relatives or friends left who might attend. So I had to put together a funeral, based on the scraps of information I was able to glean.

Just three of us were there on the day (imagine that!), but what was nice was I knew that the old lady had been a Freddie Mercury fan. So, for exit music, I chose “Killer Queen”, which is irresistible, and we were able to go out with a smile. I do believe the lady would have appreciated that!

This may be beginning to sound like Oscar nominations, but I’ll persevere.

A wedding that I conducted in Cyprus for a South African Jew marrying a Russian Orthodox lady was outstanding, But I’m not sure that qualifies as my most exotic.

That moniker probably goes to the couple I married one January Saturday on top of an iron-age fort. She was pagan and he was half-Jewish, and they wanted elements from both cultures included. The handfasting ceremony was a lovely challenge for me, and the explanations I furnished were much appreciated by the guests.

Another outdoor wedding – we were outside a lovely house, backs to the building, looking down at the guests seated in a garden.

When it came to the Ring Blessing, we had a surprise for the guests! I broke off and put a white leather glove on the arm of the bride. She held her arm up. Unbeknown to the guests, behind them a falconer had arrived with a barn owl. The latter responded to the raised white glove and flew low over the heads of the astonished guests to the bride, carrying the rings with her. (See Matt Penberthy’s photo at the top). These were then removed and the owl coaxed back to the falconer with some raw chicken.

I hope that gives a flavour of some of the ceremonies I have been privileged to be involved with. Maybe, if you like, I’ll continue this another time and talk about some ceremonies that went less successfully! (Of course, that would be a far shorter blog …!)

To discuss making your ceremony memorable for the right reasons, please have a chat with me!