Marriage is good for your Health

Many of us would consider marriage to be one of the most stressful things in life! So would you believe it, if I told you that, according to recent research, marriage may actually benefit your health?

[And that refers to men, as well as to women, by the way!] 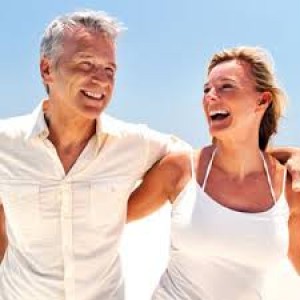 Studies have shown that people who are widowed, divorced/separated or unmarried are likely to die earlier than married people.

So why should this be?

There can be no single reason, and there may also be some very particular reasons – thus a rich couple may live longer simply because they are able to afford better health provision.

Talking of wealth, you can justifiably claim that the acquisition of wealth may well entail great stress (depending on how you acquire it!), but the reverse is also true: if both of you are earning a reasonable income, you are likely to be more relaxed and at ease. After all, finances are a major cause of stress. There is evidence that suggests that married men are likely to earn 40% more money than single men and security is a great stress-reliever.

Job security is another factor – and the fact that you are married can indicate trustworthiness and security to your employer, which can improve your prospects – and put you ahead of otherwise comparable competition at a job interview.

As far as health is concerned, being part of a committed married couple reduces your risk of contracing sexually-transmitted diseases.

Couples tend to watch out for each other’s health and can often identify potential problems before they become serious. They may also encourage (nag?!) the other to have a “minor” issue checked out.

Married couples also appear to be less likely to get involved in potentially violent disputes between others. Moreover, single/divorced women are far more likely to be victims of violence than married women. Likewise, unmarried men are also at greater risk of violent crime than married men.

According to evidence that must surely be a little anecdotal (!), considerably more married couples engage in sex each week as opposed to single or cohabiting individuals. This has health benefits (not just because exercise is praiseworthy), as sex releases endorphins that improve mood and can reduce stress (and encourage more of the same).

Various studies indicate that married men or women are far less likely to commit suicide than their single counterparts, and the same goes for alcohol and illegal drugs. In fact, an international study has found that married people are likely to be significantly happier than unmarried ones. (I don’t know how they quantify happiness, but these studies appear to have been carried out scientifically.)

Of course, there are unsuccessful marriages (the divorce rate alone indicates that) and, as I have said, some of the so-called evidence seems hard to demonstrate as hard fact, but there is enough here to convince me that I am doing the right thing by helping people get married! There do seem to be some massive fringe benefits for my couples!

Michael Gordon can prepare and conduct a tailor-made civil ceremony in or around London, or, indeed, in Europe.