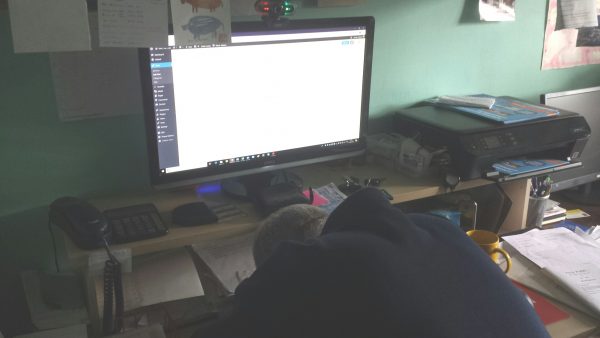 Even the best-laid plans can go astray. Wedding plans tend to be ‘well-laid’, but, even in this field, nothing can be guaranteed.

I propose to give a couple of examples of things that went astray in ceremonies I was involved in. I believe there may be some lessons that can be derived from the stories.

In many cases, each member of the wedding party has a particular job. The groom, in many ways, has the easiest task at the ceremony. He greets the guests as they arrive, and he brings the rings.

At one quite illustrious wedding (the Royal Box, Epsom Racecourse), the groom arrived soon after me, about an hour before the ceremony. More as a joke, I asked him if he had the rings.

His pale face was eloquent!

He had left them at the hotel. Luckily, it was nearby, and he could get back to the box before the bride arrived!

Lesson: check everything before setting out.

Understandably, people are often stressed on their big day. That makes them liable to forget things!

For an open-air wedding, I had reminded the groom a day or two beforehand to bring a wine bottle for the Loving Cup ritual. I was happy to bring some, or they could provide it. “We’ll handle it,” he replied cheerfully.

Needless to say, when I arrived, there was no bottle on the table. I sought out the groom. “Oh, yes, I’ll sort it now,” he promised.

Off he went, only to return a few minutes before the start empty-handed. He’d forgotten!

So I sneaked off to the bar and fetched one. Not an issue.

If you’re having a wedding at the Savoy in London, in front of 200 guests, you kind of want it to go off smoothly. Don’t you?

So one of the things I do well in advance is to send the couple my running script; that way, they can see exactly what I am going to say and what is going to happen.

All seemed ready as we awaited the starting gun in the foyer. Suddenly a six-year-old boy comes up to me with a cushion and asks me what he is supposed to be doing. He knew his name was Alexis, but not much else! Certainly, not who had sent him to me or why. Anyway, the signal was given, so in we went.

All seemed to be going smoothly until the exchanging of the rings. At this point, I invited the best man, Ahmed, to bring up the rings. Nobody moved. I called Ahmed by name, but with no more success.

In a flash of inspiration, I said, “Perhaps Alexis can help us.” up he came – with the rings on his cushion! They had changed Best Man, but not thought to tell me!

So these are just a few examples of areas where errors can occur. If you want to minimise errors, have a chat with me. I’ll do my very best to ensure conscientious preparation for your big day.