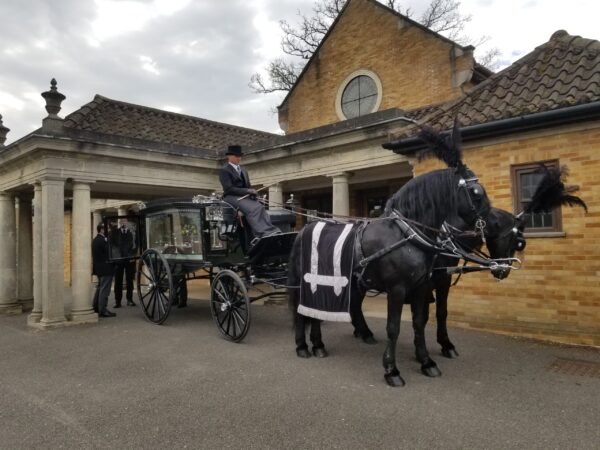 In March 2020, I wrote a blog entitled “COVID-19 Musings”. We had just gone into (first) lockdown and were all stunned. I made it clear that I had no crystal ball. Some of my predictions would confirm that!

Social distancing was being introduced. I deplored the fact that I could not even shake the hand of the next-of-kin before or at a funeral. Worse still, mourners could not make physical contact with each other (“social bubbles” had not yet come into play) and offer consolation. Sadly, that has not changed outside the social bubble.

I thought that Direct Cremation was the way forward, although, again, I deplored it. No ceremony, at the very least, means lack of closure for the mourner. There were numerous direct cremations during the panic period of last April/May, but many people found it unsatisfactory. At best, it was a conveyor-belt strategy for dealing with the unexpected number of casualties. Some chose to allay this by deferring the ceremony to a thanksgiving service a year (or more) down the line.

Fortunately, direct cremation has become far less common. Families are opting again for the more traditional funeral. I am glad to have been proved wrong on that one.

I also mentioned that I didn’t expect to be making home visits (to plan the funeral with families), and that is still the case, although I made one exception last summer. In that instance the chief mourner was deaf, so a phone call would not have worked, and I saw him, at a distance, in his extensive garden.

The good news is that, from 17th of this month, chapels and crematoria will have discretion to allow in as many people as wish to attend, provided that social distancing is applied.

At the time of writing, I pointed out that celebrations with more than 40 guests were being discouraged. We all know how that developed! Even now, it will not be until 17th May that as many as 30 people will be permitted for a wedding. It should be unrestricted after 21st June, but we’ll see.

I suspected that the virus would peak (last) April and May, and I was right, but I thought that might see the end of it as a major factor. Well, we’re still waiting, aren’t we?

However, I’d say that my final advice of “wait and see” was sound and might still apply. Let’s see how the ‘road map’ goes and take it from there.

When you’re ready and want to start planning your ceremony, let’s have a chat.