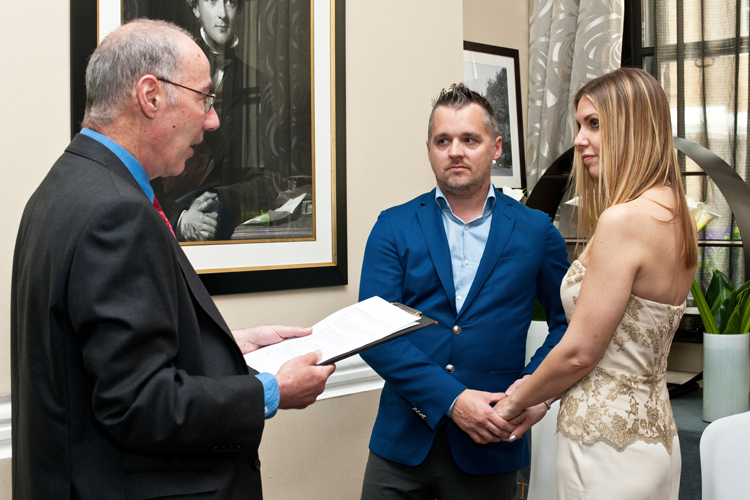 When I was a student (a little after Noah’s flood!), I little suspected what knowledge of languages would offer me. I guessed it would come in handy for my travels, but little suspected how useful it might be in my current career.

Indeed, at that time, I had no idea that such a career existed, let alone what a civil celebrant was!

Meanwhile, over the course of 25 years, I passed on my knowledge of languages, as a teacher.

Finally, in 2013, I changed direction and became a civil celebrant. I didn’t see any obvious use any more for my knowledge of tongues, although I still travelled a fair bit.

It became clear, however, that my reading knowledge of Hebrew was valuable. I started being found because I could conduct Jewish (and part-Jewish) ceremonies. One advantage was that I could read one of the most important wedding prayers, the “Seven Blessings”. I also conducted two “shivas” (or funeral services at the family home).

At that point, I saw the value of languages in my field, and made changes to my website accordingly.

Not long afterwards, I was located by a Parisian travel agent, who, rather bizarrely, was fixing up a Vow Renewal ceremony for his clients in London. It turned out they were French Canadian. They claimed to be fluent in English.

E-mails came and went, and I met the couple in a London hotel at the appointed time. They were charming, although Jacques struggled a bit with the conversation. As we started the ceremony, I realised the reason: his English was extremely shaky! He clearly didn’t understand much of what was going on. Luckily, French wasn’t a problem for me, so I improvised a little, could explain what was going on and put him at his ease.

Soon afterwards, having been briefed and having practised hard, I even read a paragraph at another wedding … in Swedish – which is definitely NOT one of my languages!

Interestingly, I was also asked to prepare an Italian ceremony, but that didn’t materialise. However, I am proud that I did conduct a part-Russian wedding.

Thanks to the website, I was invited to be interviewed by the couple, who wanted some Russian in their service. They even recorded me reading aloud, and sent the recording off to parents in Moscow! Luckily, I passed the test.

As a consequence of that wedding, I was asked to do another part-Russian wedding, this time in Portugal,so I blessed my knowledge of languages!

As a fluent German speaker, I am awaiting my first German ceremony (and even Czech, although I am very rusty now). If you know anyone looking for some foreign languages in their ceremony, please think of me!